Intel’s response to the output of AMD Ryzen 4000 mobile processors did not take long. The competition with Renoir 7nm APU will be 45-watt Core 10th generation chips, known under the code name Comet Lake-H. These CPUs contain up to eight cores on a Skylake-like microarchitecture and are manufactured to improved 14nm standards.

The main difference between Comet Lake-H and the Coffee Lake-H Refresh released a year earlier is the increased operating frequencies. For example, the 5-gigahertz Turbo Boost mark can conquer not only Core i9, but also Core i7. Short specifications of the new processors are available in the table. 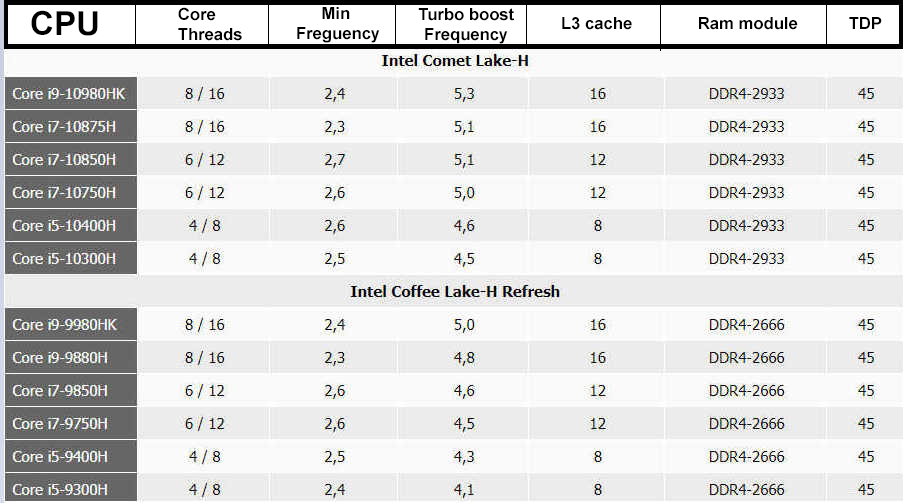 Intel’s flagship Core i9-10980HK is proud to be called “the fastest mobile processor in the world”. It has eight Hyper-Threading enabled cores, an uplinked multiplier, 16 MB of L3 cache, a dual channel DDR4-2933 controller. The operating frequencies of this “stone” are in the range from 2.4 to 5.3 GHz. 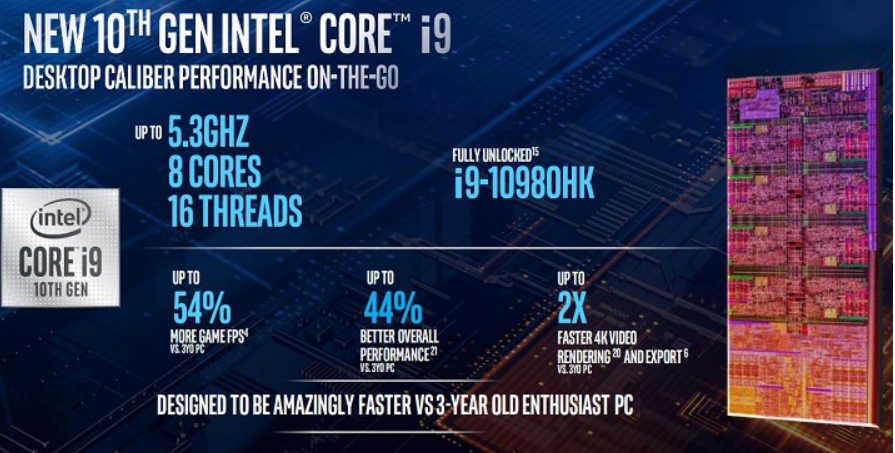 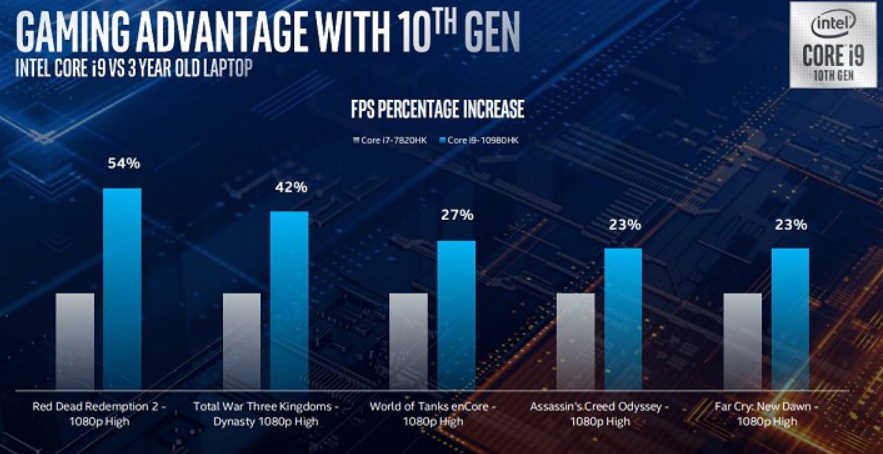 Gaming notebooks with 45-watt Intel Core 10th generation processors (Comet Lake-H) will be available for purchase in the coming weeks.