Advanced Micro Devices today published a concise press release in which it confirmed the theft of its intellectual property from the field of graphics processors. Shortly before, the company had filed at least two DMCA complaints against GitHub repositories. They published the stolen source code relating to Navi 10, Navi 21 and Arden graphics cores (iGPU of the Xbox Series X game console).

According to the firm’s press office, AMD was contacted back in December 2019 by someone who claimed to have “test files relating to a subset of our current and future graphics products, some of which have recently been posted online. The company believes that stolen information will not affect the competitiveness or security of its graphics products.

“We are working closely with law enforcement and other experts as part of an ongoing criminal investigation,” says AMD.

Meanwhile, the web resource TorrentFreak contacted a hacker allegedly responsible for the theft of AMD. She claims the information was found on an unprotected computer/server, and its user “did not take any effective action against code leaks. If she doesn’t find a buyer (by the way, she estimated the stolen data at $100 million), she promises to “leak everything”. It will be interesting to know how this story will end. 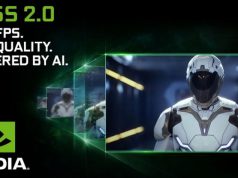 Guide to check if your laptop supports 2.4ghz or 5ghz

Intel will be increasingly difficult to deal with AMD. This year...

How To Fix Error 502 Bad Gateway In Browser

How to Block (Prevent) users from running certain Applications in Windows...