The educational art project SHE is SCIENCE is gaining international recognition. Depicting the life of 12 outstanding Ukrainian female scientists, the exhibition has visited more than ten cities, including Berlin and Brussels. The project aims to deliver an empowering and encouraging art exhibition to other countries to stand with Ukraine. The co-founder and investor in the technology company Roosh and an initiator of SHE is SCIENCE, Sergey Tokarev, talked about the initiative’s objectives and plans for its development.

The project initiator noted that they wanted to attract more girls to get an education in the IT field. Although there has been some gender injustice, Sergey Tokarev wanted to prove that women could also contribute to science in Ukraine and that they are worthy of gaining a technical education. So, the project team started with a simple way: to hold a poll among Ukrainians asking them to name Ukrainian female scientists they know. Unfortunately, the result of the poll could have been more encouraging. The participants could hardly remember only one name—Marie Curie. This became an onset to develop an initiative SHE is SCIENCE.

SHE is SCIENCE is an educational art project that displays the life and contribution to the science of 12 prominent Ukrainian female scientists. To make it complete, the organizers created a unique plan which consisted of two parts. The first one was connected to an essay competition, and the best 12 works were rewarded and used as captions to the paintings. The essay competition was held for school girls aged 14 to 21. The best-estimated 12 completed particular portraits reflecting not only the bio of heroines but expressing their emotions and adoration about female scientists.

The second part involved stylizing the portraits of 12 women who left a development mark in Maths, Informatics, Genetics, Biology, Neuroscience, Cybernetics, and Physics. Sergey Tokarev noted that the initiative was designed to appeal to young people first and let them learn more about its heroines.

The official part of the project took place on June 10, 2021, in Kyiv. The First Lady of Ukraine, Olena Zelenska, participated in the event. A charity auction accompanied it to fundraise to cover the essay winners’ IT education.

SHE is SCIENCE on an overseas tour

After the official part of SHE is SCIENCE was over, the project team extended its development plan. They decided to conduct a tour throughout Ukraine and hand out free copies of portraits for institutions to hold their own exhibition on their premises. In 2022, the exhibition visited several cities like Zaporizhzhia, Kryvyi Rih, Mariupol, Poltava, Khmelnytskyi, and Lviv. Sergey Tokarev said that the demand for the exhibition was incredible, and they didn’t expect to hand out over 300 copies.

SHE is SCIENCE is becoming international. It traveled to several European countries like Germany, Belgium, the Netherlands, and France, in the hall of the UNESCO headquarters in Paris. The next step is to visit Great Britain and the US. There, the initiators are planning to accompany the exposition opening with an international panel discussion about women in science.

HOW TO CREATE AN IMPECCABLE MONEY LENDING APP: THE UP-TO-DATE GUIDANCE

EXEX: exactly what the market has been waiting for 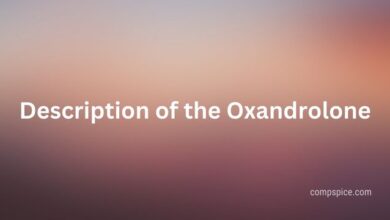 Description of the Oxandrolone

How to redirect users based on their geolocation?