Although Ryzen 3000 desktop processors have been sold for more than half a year, for these CPUs there is only one new generation chipset – X570. The motherboards on this chipset are quite expensive. 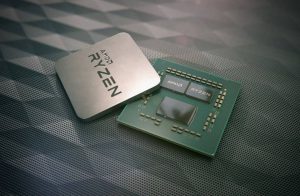 But this is not a problem since motherboards with older logic sets work quite well with the latest Ryzen CPUs. As for the newer, more affordable chipsets, according to recent data, their mass production starts already in this quarter. It’s about the A520 and B550 chips. In both cases, ASMedia is responsible for the development, while the X570 is the brainchild of AMD itself.

Motherboards based on new chipsets should appear on sale before the end of the first half of the year, that is, probably in the second quarter. There is no data on the parameters of the new logic sets, but earlier rumors attributed partial support for PCIe 4.0 to motherboards based on the B550.

How to fix VIDEO_SCHEDULER_INTERNAL_ERROR in Windows 10

How to fix task manager is disabled by administrator problem

How to fix netio.sys blue screen error in Windows 10

The output of 10nm Intel Ice Lake-SP server processors has been...