There are unexpected models in the ranking
The developers of the AnTuTu benchmark have published two new ratings, which list the most productive smartphones in the premium segment and the middle price category.

In the flagship segment, the leader was the Asus ROG Phone 2, followed by the OnePlus 7T and OnePlus 7T Pro. Realme X2 Pro climbed to fourth place, ahead of many more expensive competitors. Samsung flagships close the top ten. 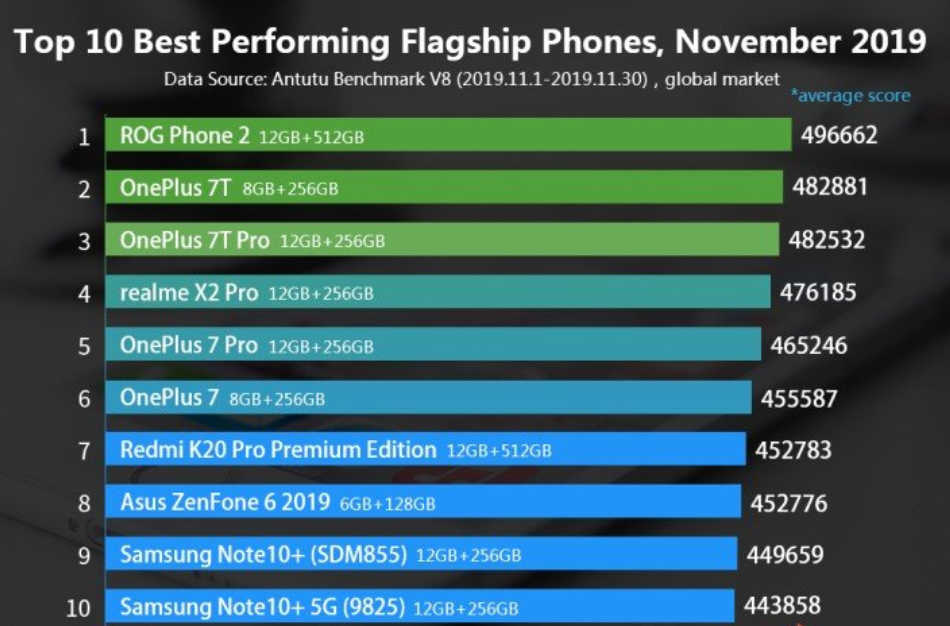 In the middle segment, Redmi Note 8 Pro, which is based on the Helio G90T, is in the lead. The second place went to Oppo Reno 2, which was able to get ahead of Xiaomi Mi 9T and Samsung Galaxy A80 thanks to a slightly faster processor. 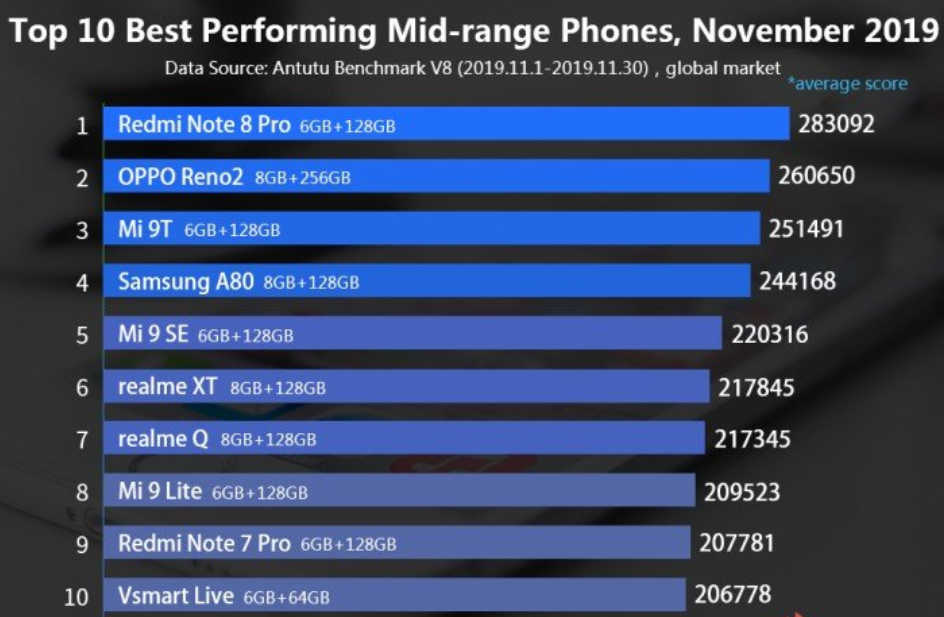 Also in the top ten were Xiaomi Mi 9 SE, two Realme smartphones, Redmi Note 7 Pro and the little-known Vsmart Live in our latitudes.

Intel promises many new 10nm products this year, but no desktop...