Compspice – Information Technology Portal
This place is free for your advertisement
Home Amd This is all thanks to AMD. ASRock received record revenue last year
Facebook
Twitter
Pinterest
WhatsApp
Thanks to motherboards with AMD chipsets
The source reports that ASRock is expected to report on record results for 2019 soon. The manufacturer’s revenue allegedly grew by 31.61%, to $ 443.16 million. And in 2020, ASRock will also continue to grow.
Sources say that the manufacturer’s revenue has grown so significantly primarily due to the demand for motherboards with AMD chipsets. As we know, sales of Ryzen CPUs are growing at an impressive pace, especially after the Ryzen 3000 line is released. Accordingly, sales of motherboards for these CPUs are also growing. 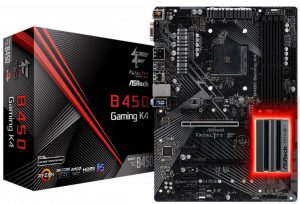 In confirmation of this, the source clarifies that the strong growth in the supply of boards began in the third quarter – just after the release of new processors. Also, ASRock has grown and the average selling price of boards.
The preservation of these factors, as well as the sale of video cards, which became profitable for the manufacturer at the end of last year, will allow ASRock to demonstrate excellent performance this year.
Advertisements

What is MSOCache folder and is it possible to delete MSOCache...

Windows 10 search bar is now a full-fledged mini browser Based...

How to format a hard disk

Intel Core i5-10600 spotted in MSI board company