If you open the Windows Task Manager, you can see the csrss.exe process or even several. This is a client-server execution process file, and is part of the Windows operating system, located in the System32 folder. So what is this csrss.exe? How to find out if it is a virus or not? Why does it sometimes consume high CPU usage in Windows 10/8/7? 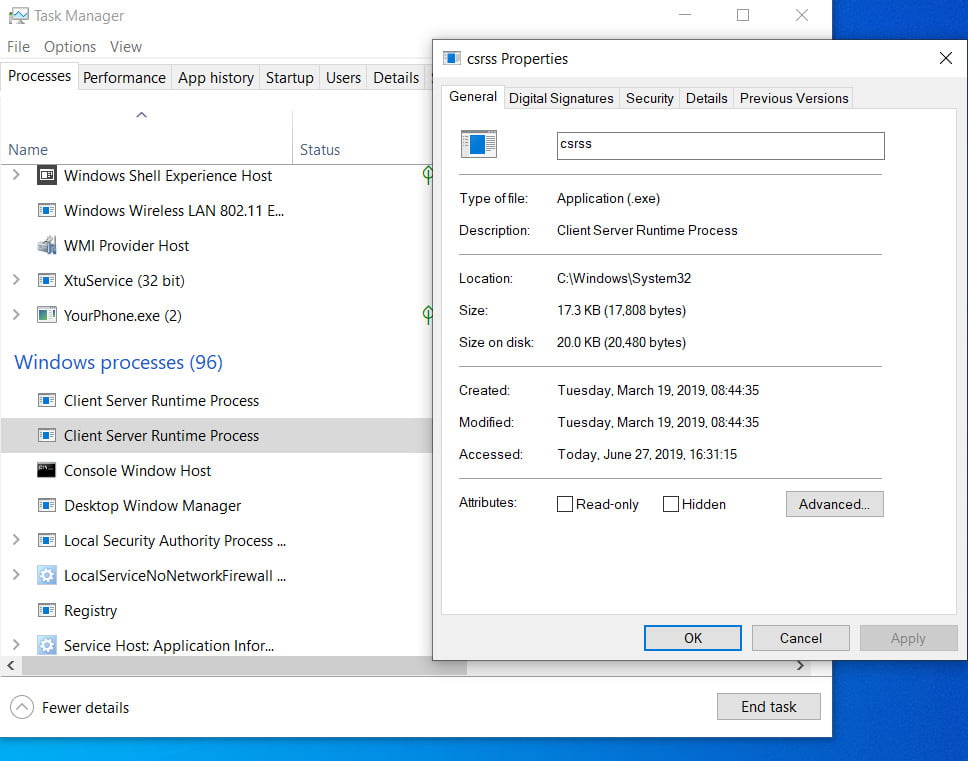 What is csrss.exe or Client Server Runtime  Process

The runtime process of the Client Server has a long history. Until 1996, the process controlled the entire graphics subsystem, while it is currently limited to several critical processes, such as shutting down Windows and starting the Windows console. CSRSS refers to a client-server runtime subsystem, and it should run continuously. Previously, the command line was used during the execution of the client server, but since Windows 7 was launched, the function of this process has been limited to starting the conhost.exe process, which in turn invokes the command line.

Is it possible to terminate the csrss.exe process?

Currently, the csrss.exe process has limited functionality for Windows systems, however this limited functionality is critical. You cannot kill the process, and enforcing it will make the system unusable. It can turn off the computer automatically and show you the blue screen. However, this process has no reason to overuse system resources, and since it runs in the background, it should not bother you.

The original csrss.exe process is located in the C: \ Windows \ System32 directory. If the file is not in the intended location, it may be a crss.exe troyan virus or malware that uses the same name. You can do this by right-clicking in the task manager on the “Client-server execution process” and selecting the “open file location” item. There may be several such processes and they should all be in the same place. It should be noted that if the csrss.exe process causes high CPU utilization, it may be a  crss.exe troyan virus. If the description of the process does not correspond to the data below, then we should pay attention to this point. The details of csrss.exe are as follows: 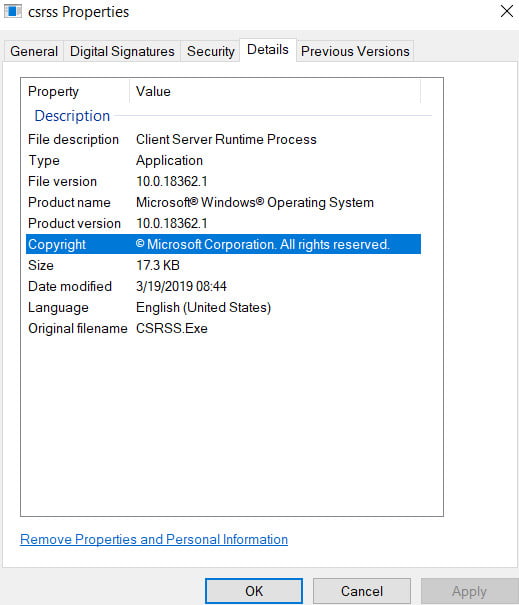 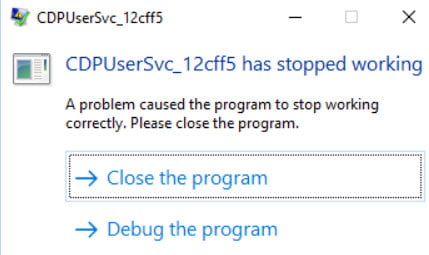 How to fix CDPUserSvc has stopped working error.

Missing shortcuts from the Windows 10 desktop

How to reset all permissions in the registry