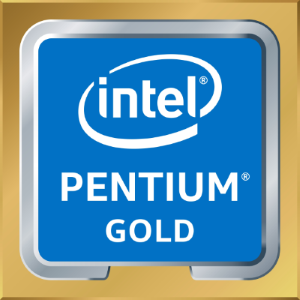 Probably the very first question the user will have is: “Why does the processor have a Gold prefix?”. 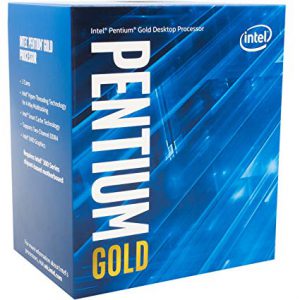 The fact is that simple processors also fell under the rebranding of Intel Xeon Scalable, which meant moving away from generation numbering (like Xeon E3-1220 v2, Xeon E3-1220 v6), to user-friendly consoles Bronze, Silver, Gold, Platinum. For example, Intel Xeon Silver 4114, Intel Xeon Gold 5115. But somehow this was not brought to an end. After all, Celeron Silver and Pentium Silver consoles received mobile solutions, while in the desktop segment Celeron models do not have any consoles, and Pentium only has a Gold prefix. At the same time, Bronze is not used at all anywhere, except for two Xeon models.

Having clarified the essence of the prefix, it will not be superfluous to learn about the previous representatives of the line.

How it all began.

Recently, Intel has generously provided interesting budget solutions for the processor market. It began in mid-2014, with the release of the Pentium G3258 for the LGA 1150 (Haswell) platform, dedicated to the 20th anniversary of the Pentium brand. He deserved this at an affordable price and the presence of an unlocked multiplier, which allowed him to accelerate to frequencies of 4.5-5.0 GHz. Not only that, this was achieved not only on solutions with a Z-chipset but also on simple products with logic sets B and H. As a result, he became a national favorite of his segment. 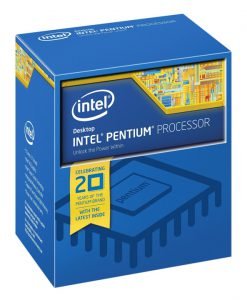 Its successor in this regard was the Pentium G4400 for the LGA 1151 (Skylake) platform, released in September 2015, although not from the very beginning, and not even officially. The fact that it was not special, many classified it as a simple office “plug”, and everything could have remained as it is, however, Supermicro and its motherboard C7H170-M, which opened the door from their feet, burst onto the stage. Allowed to drive the reference frequency to at least 145 MHz without any problems, producing crazy final processor frequencies, such as 5.0 GHz, at the output. 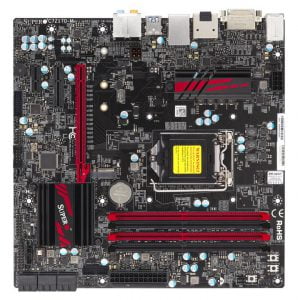 That’s how the Filipino overclocker of the elite league HWBot decided to indulge- Dhenzjhen. 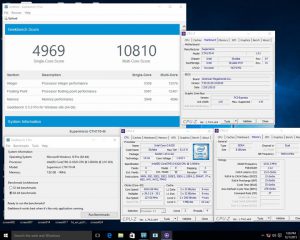 It was in December 2015, followed by many other manufacturers, as if deciding to all the people to make a gift for the New Year. And this theory has a place to be because after sobering up and returning to the workflow after the holidays, Intel immediately imposed a ban (yes, just a ban) on overclocking none processors. After all, it is necessary to somehow sell the unlocked multiplier for some money! After that, all manufacturers removed special versions of nonK OC BIOS from their sites. It seems like a freebie is over, but the Internet never forgets anything, and these special firmware versions can be found without problems even now. As a result, despite the official prohibitions, the Pentium G4400 was swept away by people as hotcakes, because they could easily be overclocked to the same 4.5-5.0 GHz as the “anniversary” Pentium G3258.

Intel was well aware that in the shadow of the previous two generations, something special needs to be given out for the actual, and the competition from AMD has already made itself felt. The world saw the popular “hyperpen” – Pentium G4560 for the LGA 1151 platform (Kaby Lake). Deprived of the possibility of decent overclocking, he received support for Hyper-Threading technology and acquired the first of its kind video core UHD Graphics. Perhaps he is not as successful and loved as the Pentium G3258, but he, too, was in great demand and popular love, like the Pentium G4400. But officially, without prohibitions! 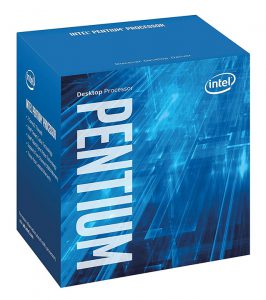 Let’s move on to the current state of affairs. In early April 2018, the “gold” Pentium G5400 was launched for the LGA 1151v2 (Coffee Lake) platform, and here it again became an unremarkable hard worker without any features. Chances are that the freebie is over, no overclocking, no revolutions, one label “Gold”. Let’s start the debriefing.

Intel Pentium Gold G5400
So what’s so golden about him, you ask? And the gold Pentium is no different from ordinary brothers. Just a box, but a complete sticker. 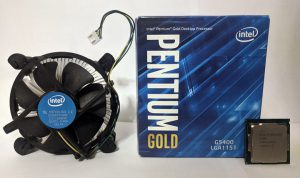 Even on the heat-distributing cover, they forgot to write the word Gold, well, or did not want to. Maybe it’s practically unprofitable to make it more expensive even a cent, or maybe this is generally a privilege exclusively for Xeon processors? 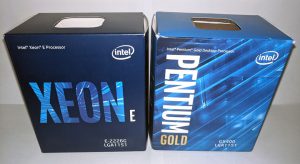 The nominal processor frequency is 3.7 GHz, there is no turbo mode, but there is support for Hyper-Threading. The cache operates at a frequency of 3.4 GHz. There is also integrated Intel UHD Graphics 610 on board. No, no, do not rush to be disappointed, in the latest generation the performance is much higher than previous solutions.

Against the background of its predecessor, the Intel Pentium G4560, the test subject at 200 MHz has a higher frequency, improved integrated graphics, an additional 1 MB of cache, as well as support for Intel Optane memory. So let’s evaluate the “golden penalty” in action!

This, let’s say so, is possible, but common sense and his friend rationalism did not do their job if this processor was on board with the Z370 or Z390 chipset. In turn, resourcefulness and skillful hands are delighted if he works on the Z170 platform. The author not only ignored common sense, but also abused him by installing the Pentium G5400 under a water cooler with a chiller, keeping it at 3 degrees, but even this did not improve overclocking. 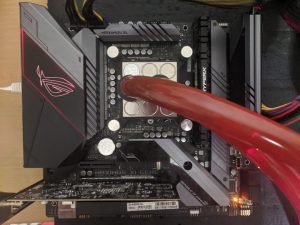 There is good news – all overclocking is achievable even on a complete cooler without any problems. And what, you thought it could be dispersed to a 4-core? Unfortunately, the time for such free cheese has not yet come.

In short, everything is modest. In most cases, it will turn out to increase the processor frequency by 100 MHz by raising the frequency of Bclk, and work with the memory. Overclocking IGP, as well as cache, is blocked. Absolute stability was fixed at a frequency of 102.7 MHz. The value of 102.75 turned out to be unstable, 102.8 MHz guaranteed to send the system to reboot. I advise you to check the automatic voltage parameters of your motherboard. The fact is that, at the slightest deviation of the reference frequency, the motherboard decides to significantly increase the voltage on the CPU (1V> 1.35V), SA (1.125V> 1.25V), IO (0.95V> 1.325V), this leads to a noticeable rising temperatures and consumption, although the system perfectly maintains stability at factory frequencies. The integrated graphics help to overclock RAM.

The result of overclocking the processor was 3.8 GHz, and memory – 3550 MHz with CL13-14-14-28 1T. The total average productivity gain is about 5-6%, and this is definitely the limit that can be squeezed out. In games, showing it is useless, growth at the level of error, but in benchmarks, it can be seen.

By the way, an interesting moment, against the background of the same Core i9-9900K, the test subject has a thinner substrate, the height is compensated by the size of the heat distribution plate.

Benchmarks took place with the default parameters, as well as during overclocking. The games were tested only at the factory parameters: on integrated graphics with HD resolution of 1280×720 at low-quality settings, with a discrete card on ultra-presets at 1920×1080. Each test was run five times, the arithmetic average is indicated in the results, the same applies to games with built-in benchmarks. In games without a built-in test, telemetry was recorded using the Riva Tuner Statistics Server. Temperature measurements were recorded using HWMonitor for 10 minutes.

The temperature in the room is 22 degrees. The energy consumption of the platform was measured using a Feron TM55 energy meter for 10 minutes in each mode. Fan speed control – automatic.

If you want to “dig deeper” in the settings, or if you choose to use IGP purposefully, it is better to give preference to the AMD Athlon 200GE, because it is possible to overclock it even on the most budgetary motherboards, as well as RAM. Its integrated graphics are almost twice as strong, and the processor’s processing power is not inferior to the “golden hemp”.

And if the goals are “collected and forgotten”, migration to the processor is better within the framework of LGA1151-v2 in the future – Pentium Gold G5400 is a good choice.

It’s a pity that Intel does not welcome overclocking of its younger processors, because they get the opportunity to overclock like Skylake in non-k OC mode, or at least allowing deviations of the reference frequency to 105-110 MHz, as it was with the outdated Sandy Bridge and Ivy Bridge – they would be perceived in a completely different way and would be much more interesting to the potential buyer than at this point in time (December 2019). We are waiting for the arrival of Intel Comet Lake and LGA 1200, suddenly there the Pentium line will receive four physical cores, and maybe Hyper-Threading? 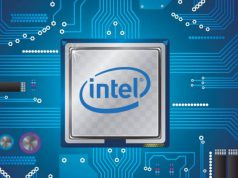 Search does not work in Windows 10

There is not enough memory on a computer with Windows 10

Intel promises many new 10nm products this year, but no desktop...